Home Accessories The Best Sony a1 Memory Cards in 2023

Looking for the finest Sony a1 memory cards? Here is a guide for selecting the best CFexpress and SD cards for your Sony a1 mirrorless camera.

The Sony a1 is equipped with two memory card slots that are compatible with both CFexpress Type A and UHS-II SD cards.

With a 50.1MP full-frame stacked Exmor RS BSI CMOS sensor and the BIONZ XR processing engine, the Sony a1 is capable of capturing up to 30 full-frame images per second using the electronic shutter, with full autofocus (AF) and auto exposure (AE) tracking up to an astounding 120 calculations per second, with AE response latency as low as 0.0 seconds.

The Sony a1 provides 8K 30p and 4K 120p video recording in addition to complete pixel readout, internal 4:2:2 10-bit sampling and 16-bit raw output via the full-size HDMI. With a revolutionary 50.1-megapixel full-frame stacked Exmor RS image sensor, up to 120 AF/AE computations per second, 8K 30p 10-bit 4:2:0 video, and much more, the Sony a1 is the most technologically advanced and inventive camera Sony has ever introduced.

In addition, the Sony a1 features two memory card slots, each of which is compatible with CFexpress Type A or SD UHS-II memory cards for flexible and rapid file storage.

The following are the fastest and most affordable CFexpress and SD cards we recommend for the Sony a1 mirrorless camera. You may select the one you prefer.

The Finest Memory Cards for the Sony a1

The Type A CFexpress Card 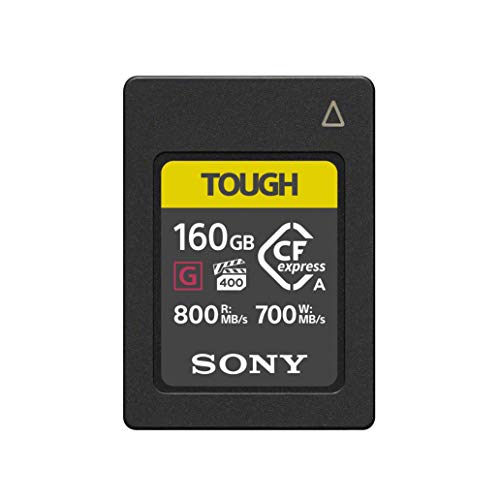 The Sony CFexpress Type A Memory Card features high-speed data transfer, making it ideal for efficient, stress-free photography. This memory card’s small architecture enables it to reach read speeds of up to 800MB/s and write speeds of up to 700MB/s, which significantly reduces buffer clearing times.

When combined with the Sony a1, the CFexpress Type A cards are perfect for high-speed continuous shooting of more than 1,000 uncompressed RAW still photographs and 4K 120p movie recording at high bit rates with the Slow & Quick Motion mode.

The fastest UHS-II SD card available, is strongly recommended! The Sony SF-G Tough Series UHS-II Memory Card is the world’s fastest SD memory card, with maximum read rates of up to 300 MB/s and maximum write speeds of up to 299 MB/s. It is ideal for 8K, 4K, and Full HD video recording, as well as super rapid continuous shooting.

Minimum write rates are assured not to fall below 90 MB/s due to the V90 speed class designation. If you are looking for the fastest write speed with a V90 rating and exceptionally fast read speeds of 250-300MB/s for transferring images from the card to a computer, these are the suggested cards. 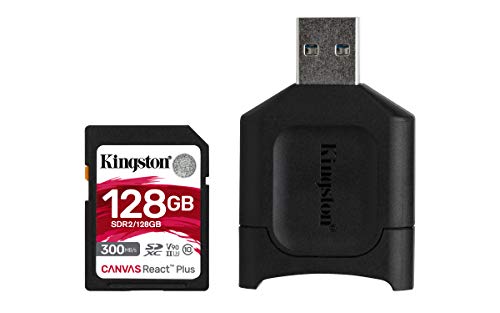 Strongly suggested and Best Value! The Canvas React Plus SD card from Kingston offers high-performance rates that are compatible with industry-standard professional cameras for creatives that shoot 4K/8K video and high-resolution images.

The Canvas React Plus SD is equipped with the most recent UHS-II specifications and top-tier U3 and V90 speed classes, allowing for sequential burst-mode recording speeds of up to 260MB/s.

Utilizing the integrated MobileLite Plus UHS-II SD Reader, you can unleash your creativity without experiencing sluggish speeds or dropped frames, maximizing your workflow and efficiency.

With transfer speeds of up to 300MB/s, you can improve your post-production workflow and handle big workloads with ease, all while shooting high-resolution footage of cinematic quality. 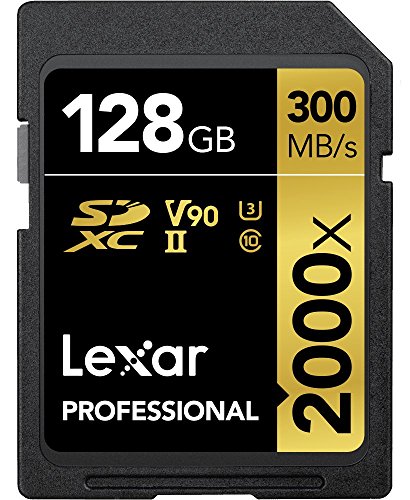 Strongly suggested and Best Value! With maximum read rates of up to 300 MB/s and maximum write speeds of up to 260 MB/s, the Lexar Professional 2000x UHS-II card is ideal for any UHS-II-compatible camera that shoots 4K, 3D, and Full HD video or has an 8fps+ continuous shooting rate.

The buffer clearing time will be drastically reduced, allowing you to fire more rounds. Minimum write rates are assured not to fall below 90 MB/s due to the V90 speed class designation. Whether you’re a professional photographer, videographer, or enthusiast, you can rely on the performance of Lexar Professional 2000x SDHC/SDXC UHS-II cards. 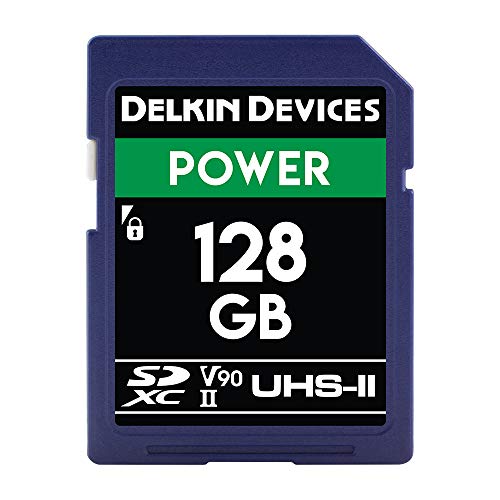 This card has also been designed with the V90 Video Speed Class rating, which guarantees minimum write speeds of at least 90 MB/s, enabling its use in DSLRs, mirrorless cameras, camcorders, and digital cinema cameras that produce rich data streams, such as 6K, 5K, 4K, UHD 4K, and high bit rate MPEG-4 video. Additionally, it is suitable for raw images and rapid-fire bursts. 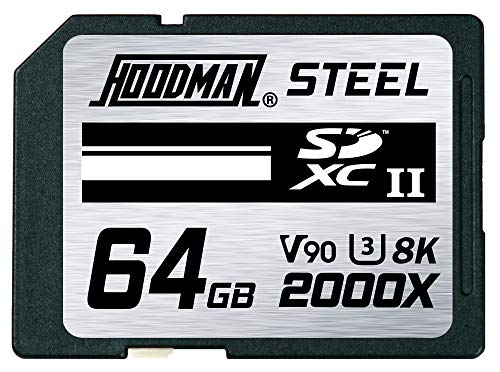 This memory card is a great addition to the latest generation of UHS-II-capable DSLRs and camcorders. 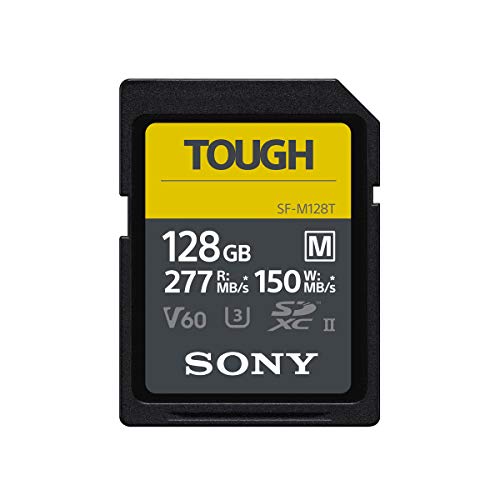 The Hoodman Steel 2000x SDXC UHS-II Memory Card supports 4K Ultra HD video and has a read speed of up to 300 MB/s and a write speed of up to 260 MB/s, which makes it simple to transfer huge files swiftly and efficiently.

In addition, this card supports the UHS-II bus interface since it has a second set of pins for high-speed data transfers when used with UHS-II compliant devices. Another fantastic option, although a touch pricey!

This card is also suitable for capturing videos, such as 4K, Full HD, and 3D video. Maximum read rates can reach 277 MB/s, and maximum write speeds can reach 150 MB/s. With a V60 speed class rating, the minimum writes speed is guaranteed to never go below 60 MB/s.

The Tough Series is also up to 18 times stronger than standard SD media (180N vs. 10N) and features a ribless, one-piece molded construction with no write protect switch, providing additional protection against physical damage that can occur to SD cards, such as a broken plastic casing, a broken data protection lock, and broken connector ribs.

An inexpensive UHS-II card with outstanding performance. If you are extremely strapped for cash and just want to save money, this is the card for you! With maximum read rates of up to 250 MB/s and maximum write speeds of up to 90 MB/s, the Lexar Professional 1667x UHS-II card is ideal for rapid burst shooting and recording 4K and full HD video! With a V60 speed class rating, the minimum writes speed is guaranteed to never go below 60 MB/s.